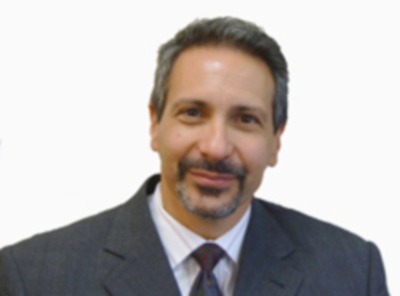 Lecturer in Medieval and Renaissance History

001 Van Dyck Hall
848-932-8252
This email address is being protected from spambots. You need JavaScript enabled to view it.

Anthony di Battista has taught medieval and Renaissance history at Rutgers University since 1995, and has been the director of the RCHA Teachers Institute since 2014. He was also the project director for a United States Department of Education’s Teaching American History grant and a part of the New Jersey State Standards in History committee. He has served as the president of the New Jersey Council for History Education and on the executive board of the National Council for History Education. He currently chairs the New Jersey History Teacher of the Year selection committee. His efforts as a teachers’ seminar coordinator have also included work with The Gilder Lehrman Institute for American History’s summer seminars at Harvard, Gettysburg, and the University of Southern California.

He has taught a variety of courses in European history including Harvest of the Middle Ages, Medieval Italy, The Age of Reformation, and The Medieval City. He is honored to have the opportunity to continue Professor Susan Schrepfer’s work as the founding director of the Rutgers Center for Historical Analysis High School Teachers Institute. If you have any questions regarding the institute or any of its programs, please contact him at This email address is being protected from spambots. You need JavaScript enabled to view it. 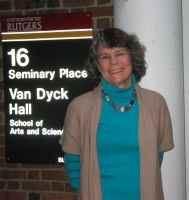 She was Professor of History at Rutgers, New Brunswick and had been Director of the Rutgers Institute for High School Teachers since its founding in 1988.  She was also a project director at the Rutgers Center for Historical Analysis for the RCHA's 2001-2003 project on "Industrial Environments: Creativity and Consequences." Having earned her Ph.D. at the University of California, Riverside, she came to Rutgers in 1974. She taught a wide variety of courses, specializing in History of the North American Environment, History of the West, and Women in the American West. She was the author of The Fight to Save the Redwoods: A History of Environmental Reform, 1917-1978 (University of Wisconsin Press, 1983, 2003) and Nature's Altars: Mountains, Gender, and American Environmentalism (University Press of Kansas, 2005) and co-editor with Philip Scranton of Industrializing Organisms: Introducing Evolutionary History (Routledge Press, 2003).

Susan worked tirelessly in the early days to establish the Rutgers Institute for High School Teachers, which continues to thrive today.  She believed very strongly in the importance of collaboration between Rutgers professors and other educators throughout the state for the purposes of intellectual stimulation, exchange of knowledge, instructional assistance, and collegiality.  In addition to directing the Institute, she also taught several seminars for the program on various topics. She loved working with teachers and really appreciated the participation of all those who joined the seminars. Susan will always be fondly remembered and greatly missed.  It is with tremendous gratitude for all of her dedication and hard work that we strive to continue her legacy of the Institute for High School Teachers.